Journey to the homeland of Prophet Noah - FOTOLAR

On October 12, 2022, an article entitled "Journey to the homeland of Prophet Noah" was published in the tourism magazine "ONA" published in the Slovak Republic. The article was written by Ivo Mulec, a citizen of Slovakia. Ivo Mulec is the head of "Van Gogh" tourism company operating in Slovakia. We present that article.

Journey to the homeland of Prophet Noah

For a long time, no newly discovered land has enchanted me as much as Nakhchivan. And I felt it from the first moment I left the airport. The Nakhchivan Autonomous Republic was established in 1924 within the Azerbaijan Soviet Socialist Republic. Its territory is 5363 km² and more than 400,000 inhabitants live here. It is an autonomous republic with a special status that resembles an exclave like an island in the middle of the sea, with a small border with Armenia from the north, Iran from the south, and Turkey from the west. You can visit Nakhchivan by plane from Baku, the capital of Azerbaijan, and by land through Iran. Its capital is the city of Nakhchivan and is located on the left bank of the Araz River. The Araz River is no less legendary than the Euphrates and Tigris rivers. Any building in the city offers a beautiful view of the Iranian mountains beyond this border river.

Nakhchivan is an ancient city, its history is not measured in centuries, but in millennia. Here, nature has always been harsh, but as beautiful as its inhabitants. It has many rivers that dry up mostly during the hot summer months. That is why the local people mastered the art of building water basins and reservoirs early and managed to survive the long, dry months. Nakhchivan is mostly mountainous; Mount Kapcik, the highest peak of which is 3905 meters high, is the highest peak of the South Caucasus. There are many mineral reserves in these mountains, Nakhchivan has been famous for its copper, lead and gold since ancient times. The oldest of the mines, perhaps in the world, is undoubtedly the salt mine, which is still operating today and is located at the foot of the Duzdag mountain. Archaeologists claim that the salt mine began to be dug 8,000 years ago, and that salt has been a means of trade with neighboring countries and along the Silk Road for thousands of years. Today, a sanatorium for lung diseases is located in the abandoned underground corridors of the mine.

The history of Nakhchivan is colorful, ancient and rich. It begins with the legend about Noah's ark touching the top of Hachadag after the global flood. The mountain, which looks majestic from the capital, even today has a saddle or hole visible to the eye, said to have been caused by the landing of Noah's ark. The legend further says that Prophet Noah died in Nakhchivan and a beautiful mausoleum was built for him in this place. Ancient Sumerian myths also confirm this legend. The antiquity of Nakhchivan from the 4th millennium is confirmed by historical facts. The petroglyphs on Mount Gemigaya belong to this period, depicting scenes of hunting, animal husbandry, religious rites, and cryptic inscriptions. In 2000 BC, powerful fortifications began to be built, and Nakhchivan became an important stop on trade routes connecting the South Caucasus with the Near and Middle East. The most brilliant period was the period of an independent state called Atropatena, which lasted for about a thousand years. Wise rulers managed to maintain their independence despite Persian, Macedonian and Roman attacks. Today, its rich history includes more than 1,200 archaeological, historical and natural monuments, most of which have been beautifully restored under the patronage of the state.

What is it about an area I know nothing about before traveling that fascinates me so much? A blissful sense of peace came over me immediately after my arrival and followed me until my return. Why not: after the million-strong capital city of Baku, the city of Nakhchivan with a population of 80,000 is real food for the soul. There are no traffic jams and everything in the capital is so close that the city can be seen by walking. Beautifully restored socialist buildings shine in a new image. There is no stress or crowd anywhere, friendly, completely calm people are seen everywhere. You will not see beggars anywhere in Nakhchivan. Everyone is ready to offer their help without expecting anything in return. Not because they are too proud, but because they believe that there is no need to thank them for something that seems obvious and completely natural to them. People have very high moral standards, and for them honor and obligations are not just abstract concepts. They are ready to die for their words. Needless to say, theft and crime are very rare. Their good attitude towards the elderly is commendable. Therefore, there are not many nursing homes in Nakhchivan. Anyone who sends a parent to a nursing home is immediately condemned by society, people look down on them. This respect for elders, parents or strangers has its roots in the past, when elders were arbiters of disputes and their judgment was final and infallible. Even today, no one dares to disrespect the elders and go against their instructions.

The next thing that completely amazed me was the pure nature. Mountains are everywhere. Bare, colorful, covered with forests in mountainous areas. The area is ideal for summer trekking. Batabat, one of the most beautiful mountain lakes, is located at an altitude of 2500 meters above sea level. There are many paths around the lake and portable beehives. Nakhchivan honey is especially delicious.

You don't see a single piece of garbage anywhere in Nakhchivan or outside the city. I was surprised by the good roads connecting everywhere, even the most remote mountain villages. Residents outside the capital live in modest homes surrounded by well-tended orchards and gardens. What everyone immediately notices are the gas pipes that have been laid above the ground. I admit that at first it bothered me, but later it seemed to me to be an indispensable part of local architecture. Every house in the region has a gas line.

Then there are monuments: mausoleums, tombstones, mosques. Islam came here from the south in the 7th century, but the land has always been religiously tolerant and secular. Even today, the people of Nakhchivan have a good attitude towards Islam, and performing religious rituals is a completely personal matter for each individual. Among the beautifully restored historical monuments, the Alinca Castle, built in the 12th century and recently restored, attracts attention. It is located on a hill with a beautiful view of the neighboring mountains and surrounding areas. There are 1,500 steps leading up to the castle, which requires some physical fitness. I stopped many times on the way: I could not stand the beautiful scenery, peace and silence that surrounded everywhere. The silence was occasionally broken by the cries of birds of prey that echoed above me. More and more it seemed to me that it was not just climbing a mountain, but climbing the sky. All the efforts paid off beautifully at the top. The view from the top is truly for the gods, and only one thought crossed my mind: "If there is a heaven on earth, it is here." The nickname "Machu Picchus of the Caucasus" is not in vain. The castle enchanted me like Peru's Machu Picchu years ago. There is only one main difference between them. Here, three of us climbed to the top: a local guide, an adopted dog that accompanies everyone who climbs to the top, and me. There are no tourists anywhere. The castle was almost there for me. And this is a privilege that we rarely have anywhere else in the world. It's good that there are still such places in the world. Tourism in Nakhchivan is really still in its infancy and this should be considered as an advantage until it is discovered by the tourist masses. 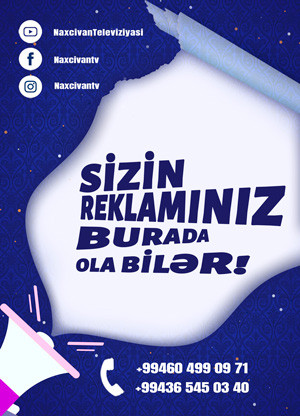